Hi Yogis! Welcome to our second Yogi Spotlight, organized and written by the fabulous Kathleen Reynolds! Today’s feature yogi is Penny, a dedicated and beautiful student in our weekly Gentle Yoga class! 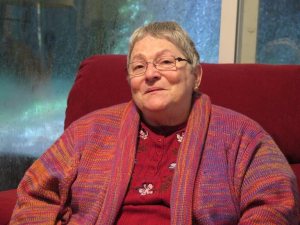 What were the circumstances that led you to Yoga?

I am relatively new to Yoga. I began the practice of Yoga because of changes in my life circumstances and in my health. First, I retired six years ago from a very demanding, sedentary job that I loved which required a long commute each day and significant travel. To be honest, I did not take care of myself because I was so engrossed in my work. Second, ten years ago I had a hip replacement. I have learned since then that arthritis does not just strike in one spot. My arthritis now has progressed to my spine and to numerous other joints. My retirement gave me time to try to deal with the stiffness of arthritis.

In the past I had taken both land and water aerobics classes, hiked in the mountains on the weekends, jogged, and took circuit training. Because of the progression of the arthritis, I could not keep up with these types of activities. I had thought that Yoga might be a possibility. I had passed the Allay Yoga studio on my way to do errands in Kensington for a few months after it opened, but I questioned whether or not it would work for me. I was apprehensive because I thought Yoga classes were filled with flexible, skinny, 20 year olds. I just wouldn’t fit in.

What has been your experience with Yoga practice?

One day three years ago I decided to find out if there was a way for me to participate in Yoga. I went to the Allay Yoga website and sent an email describing myself as an arthritic, overweight, senior citizen and asking if there was anyone at the studio who might accept the challenge of working with me. Within a few days, Pam responded in a most welcoming way. She wrote that one of the teachers, Dena Kahn, worked with people with physical challenges and would be in touch with me.

My Yoga practice began with a number of private classes. I could barely do anything, including standing for any period of time due to back spasms. Eventually, I could do enough to move to the Gentle Yoga class where I have remained. Both Dena and Jo Ann Kester, who now teaches the class, have helped me make adjustments to poses so I can do them. I even have a favorite pose, forward fold, because it provides an excellent back stretch for me. Because stairs are challenging, other students in the class have been helpful by bringing me the equipment for the day and returning it after class.

Tell us a little about what is going on in your life outside the Yoga studio. Do you incorporate what you have learned in Yoga into other parts of your life?

I have to admit that I am not entirely retired. I have been doing consulting work during these past six years, but the amount is declining each year. I continue to enjoy traveling, as I did before I retired, and hope to travel more, at least until my next joint replacement. I’m still doing work on the house I have lived for 35 years. It never ends. I have two cats, nine nieces and nephews including spouses and partners, and eight great nieces and nephews who have my attention.

I have incorporated three aspects of Yoga into my daily living. First, Yoga has helped me improve my balance, which is important in fall prevention. Second, it has made me more sensitive to the need for planning how to move in order to avoid falling or to get up after a fall. Finally, I have used the breathing techniques and meditation of Yoga to handle stress. 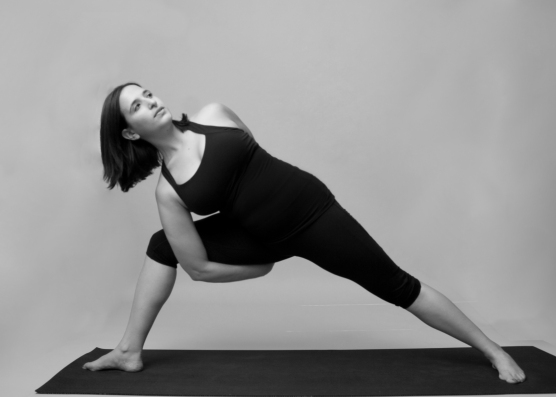